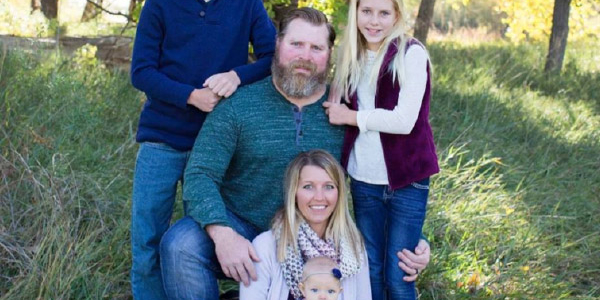 Travis began his construction career at a young age. He began working for his Fathers construction company when he was 14 years old. Travis started on the concrete crew working his way from laborer to a concrete and steel erection foreman by his 18th birthday.

Travis accepted a athletic scholarship to Fort Hays State University in Kansas, where he competed in Wrestling and Football. While at FHSU, Travis earned is B.S in Construction Management. Also, during this time, Travis founded a decorative concrete company, paving the way for his entrepreneurial spirit that would serve him later in his life.

After graduating from FHSU, Travis went to work for Daniel-Barry Construction, in Colorado Springs, CO. He served as a Project Manager for 3 years at DBCI, managing over $50M in school and private sector work.

In 2006, Travis decided to pursue his dream of owning a construction company. Since the purchase of BBD in 2007, the company has flourished. Under the leadership and guidance of Travis and Pat, BBD has risen from a small GC to large, diverse, and thriving GC.

Travis enjoys spending time with his wife of 15 years, Leah, and their three children, Kaden, Avery, and Hattie. They enjoy traveling, camping, and sporting events. Between the months of August to February, you can find Travis on the sidelines or on a mat corner, coaching both football and wrestling at Brush High School.